About 5 months ago I was driving along a two-way road approaching an intersection. The road had a left/ straight turning lane and a right turning lane. There was an 18 wheel gravel truck occupying the left lane at a red light. I pulled behind the truck intending to drive straight. After not moving for about 1 second, I check my rear view mirror, signaled and changed lanes to the right lane. I had reached almost the truck driver door when the light turned green and the truck immediately made a right turn. I was pressed between the curb and the truck damaging my car dispute honking. The truck completed the turn and stopped. When an Officer arrived, our statements were taken and I was charged with an Improper Right Turn.


I have chosen to fight the ticket in court and have received my disclosure.


In the statements given by the truck driver, he states that he had his signal on and that he checked his mirrors before turning.


In my statement I stated that he did not signal.


I'm unsure how I will proceed with defending myself in this case. The only witnesses that will be present at the case will be myself, the police officer and the truck driver.


If anyone has any advice it would be greatly appreciated!!

Just wondering - it may not be relevant - do the officer's notes indicate that you intended to proceed straight but then entered the right-turn-only lane?


Is there anything in the disclosure package that would indicate why you were charged? Can you post the notes here? 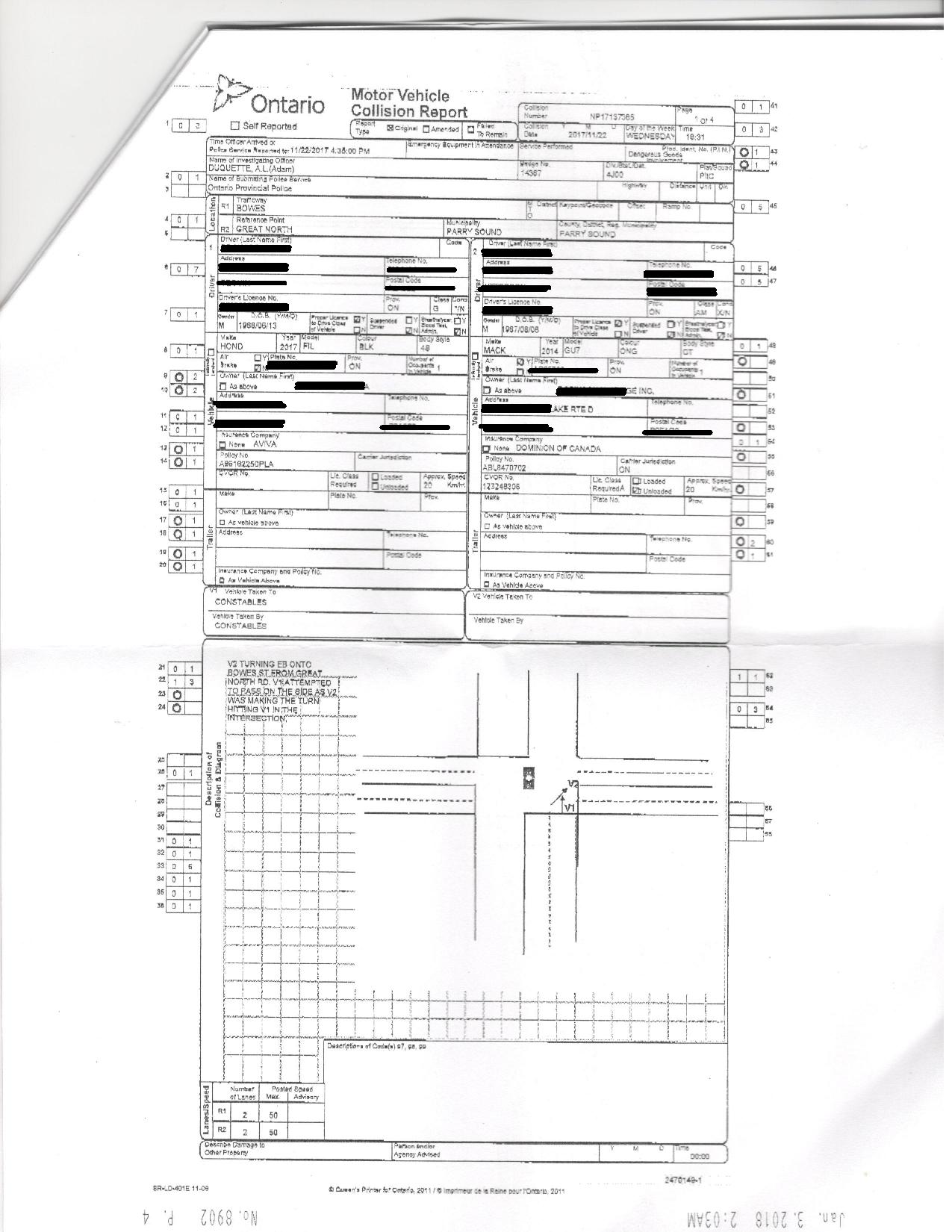 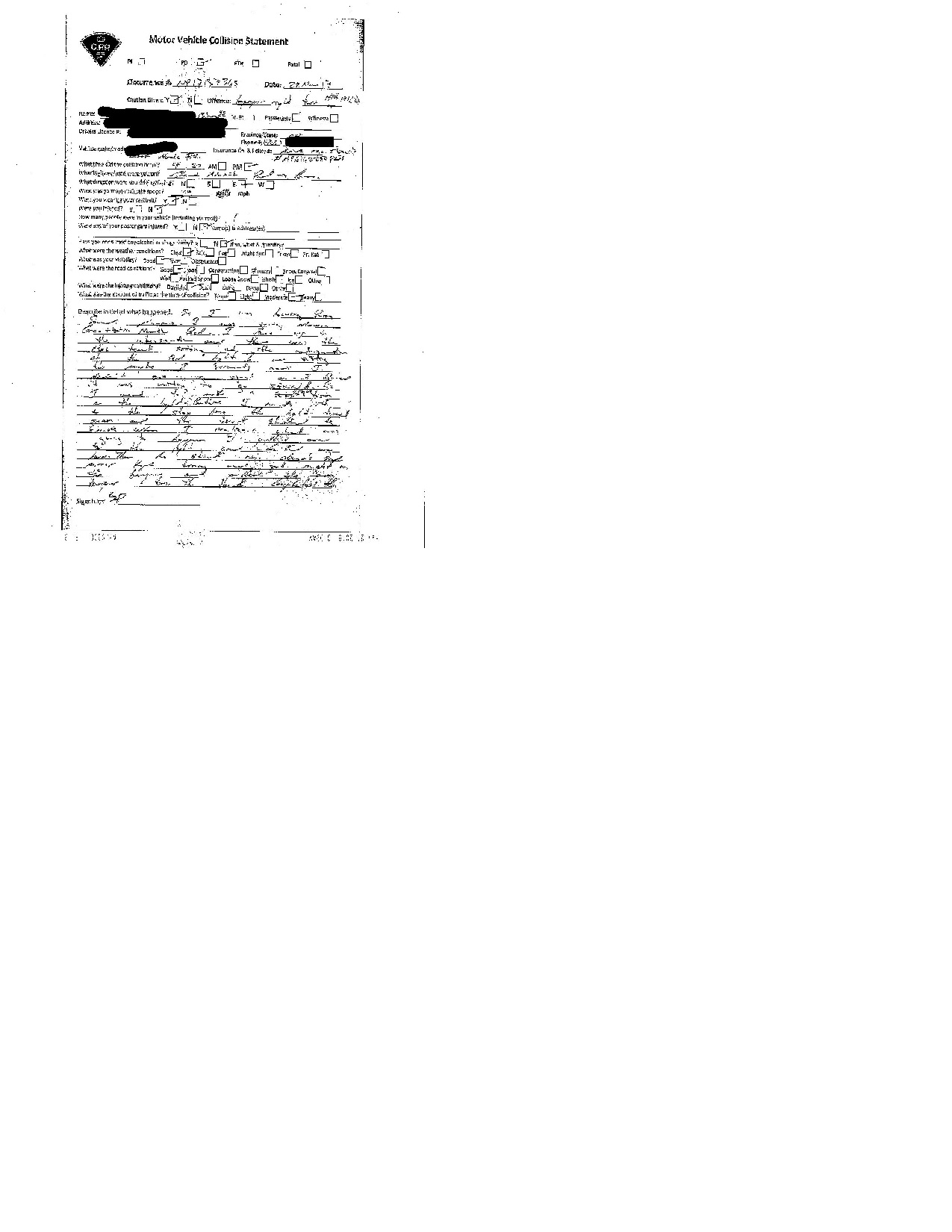 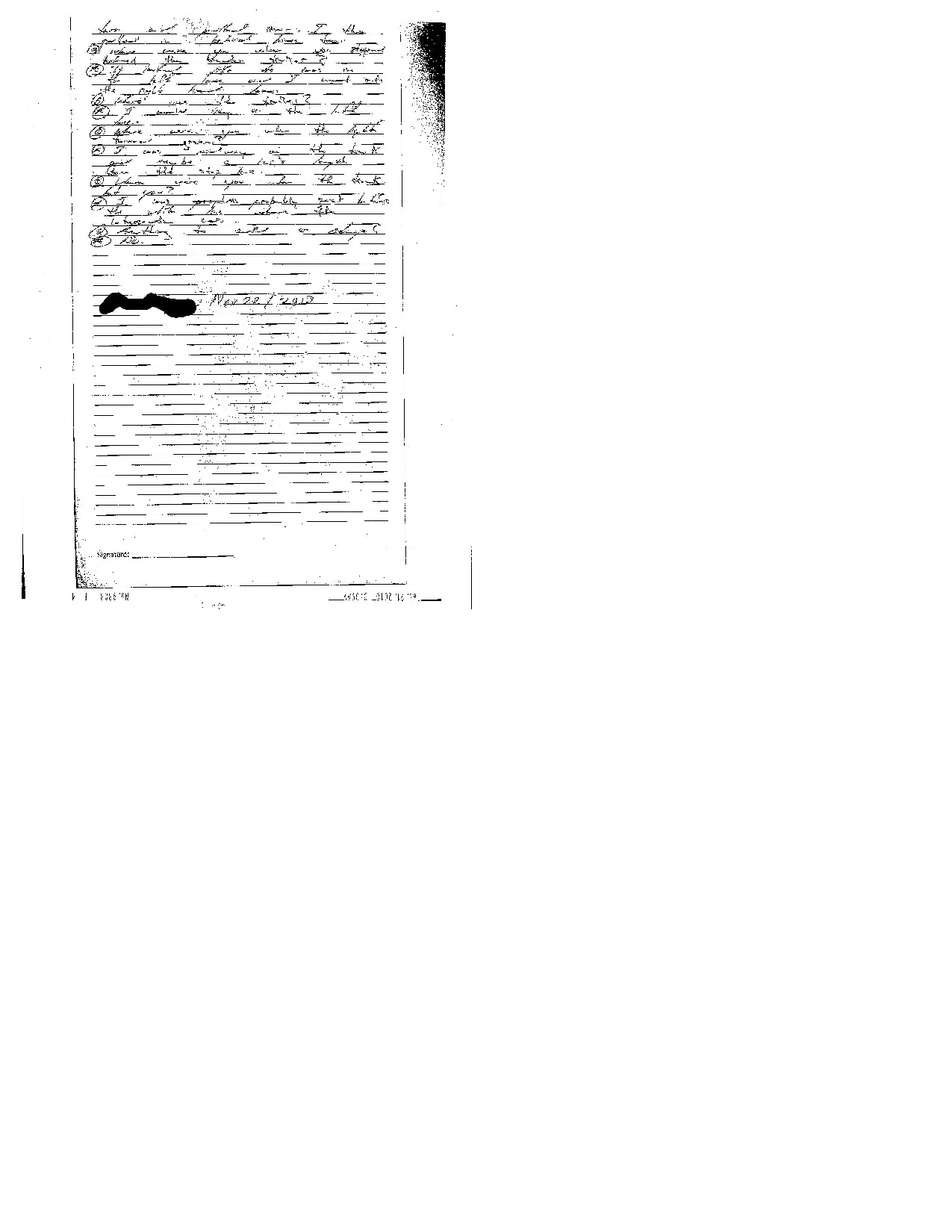 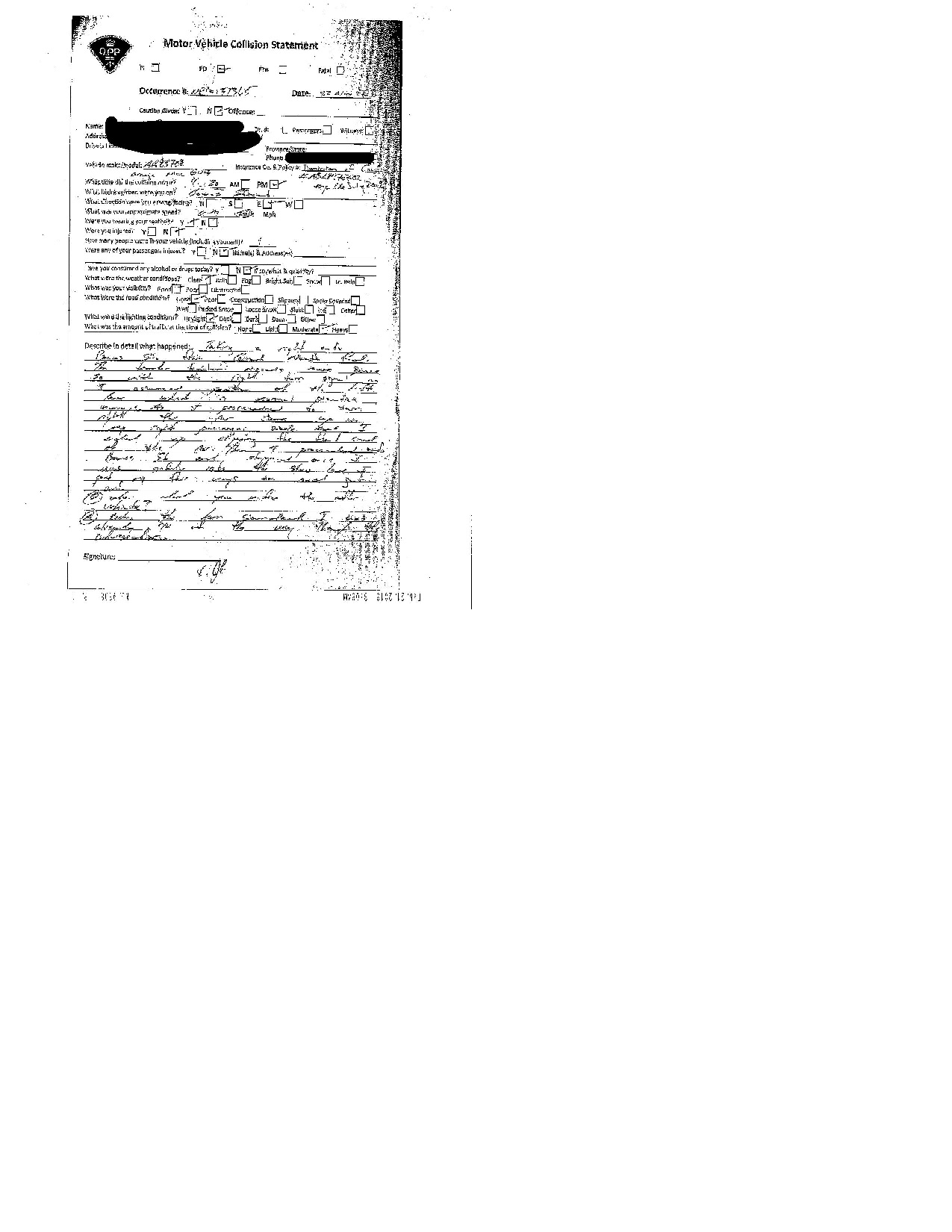 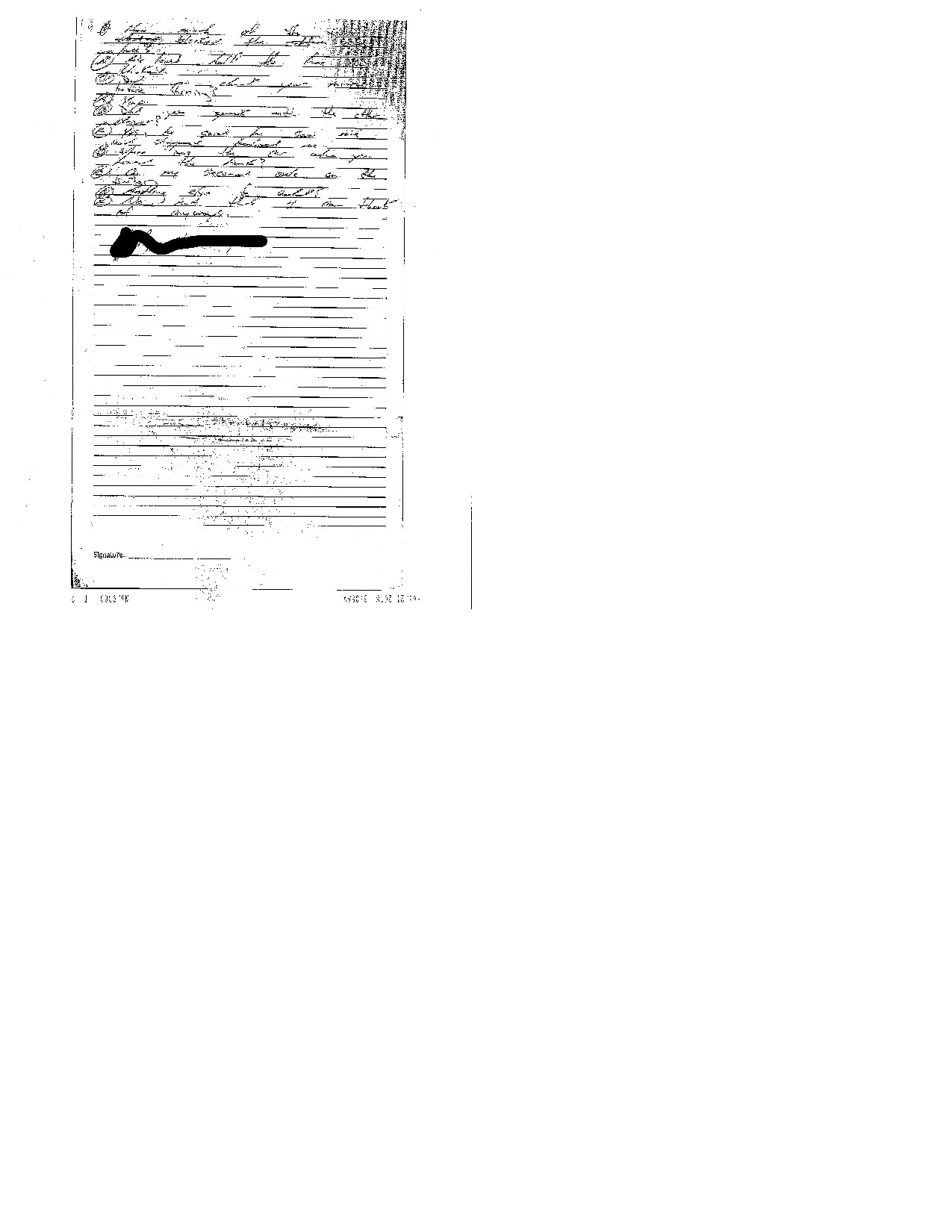 This is what I received as disclosure.

Go fight the ticket. Don't plead guilty. Lot of chances you may win. 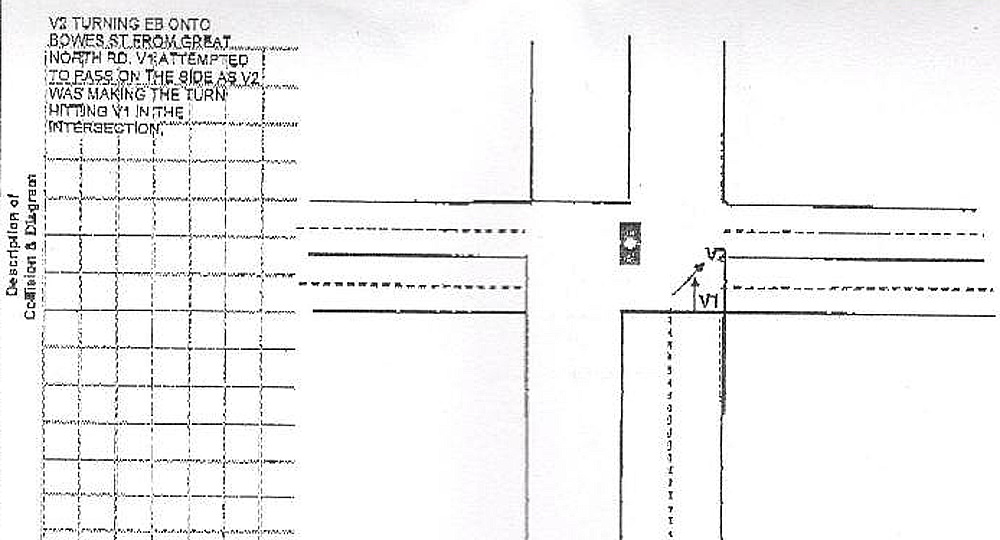 
It's hard to read the rest. It sounds like the main issue of contention and confusion here is that you were attempting to pass using the right turning lane?


It's hard to read the rest. It sounds like the main issue of contention and confusion here is that you were attempting to pass using the right turning lane?

I changed lanes from the left to right in an attempt to make a right turn.


I had initially intended on going straight through the intersection but decided to take another route. I checked behind and there were no other vehicles so I signaled a lane change moved into the right lane and pulled towards the stop marks. Before I reached there the light turned green and the truck started moving. Before I realised what was about to happen I had made it just to the stop marks and was stuck between the truck and the curb.

In case it was not understood, the other vehicle making the right turn was an 18 wheel truck turning from the left lane.

Quick look on Google shows he left most lane splits off into a left turn lane, the right is actually the straight/right turn lane. The capture is a couple years old. Has the road changed? 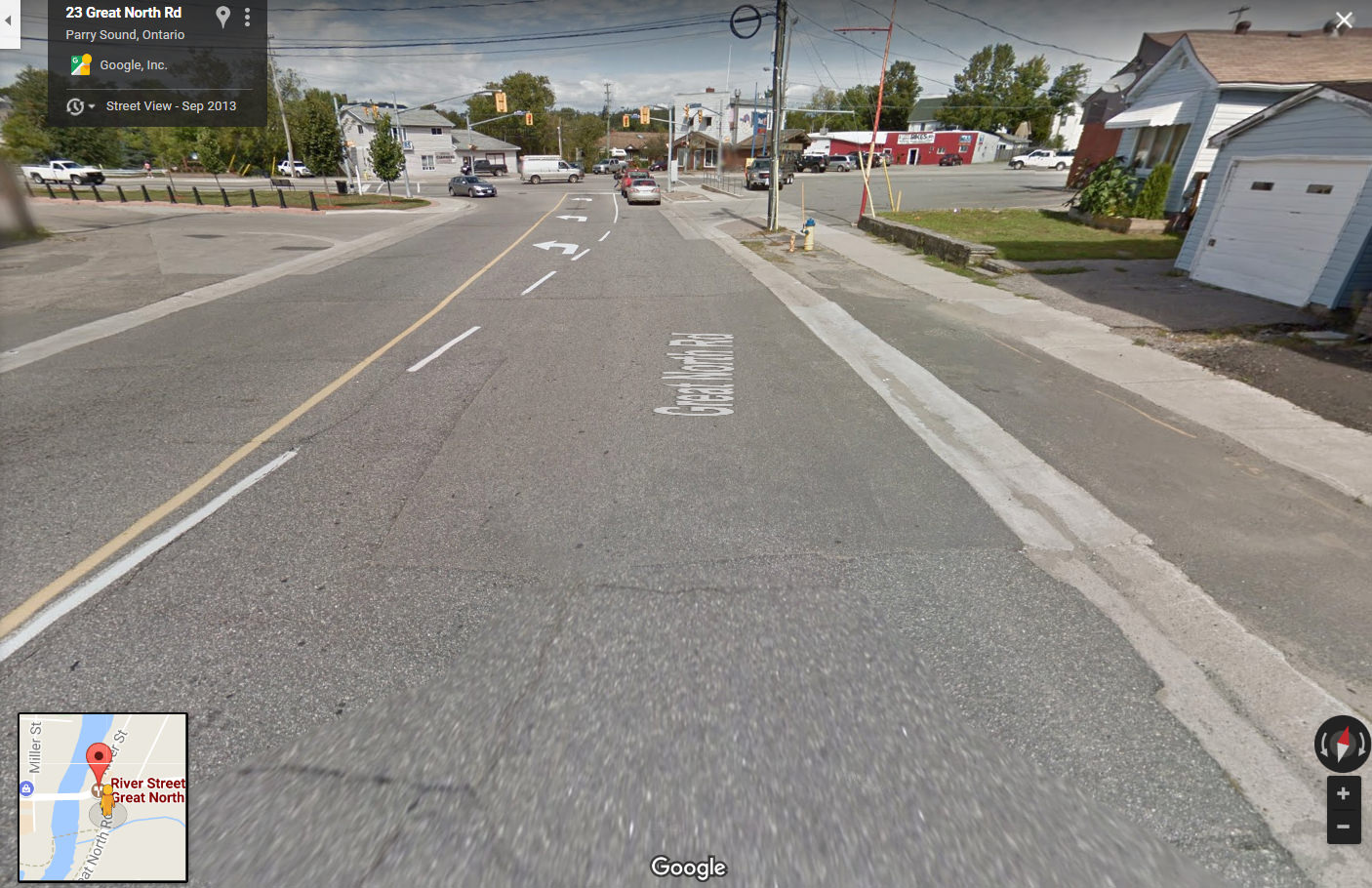 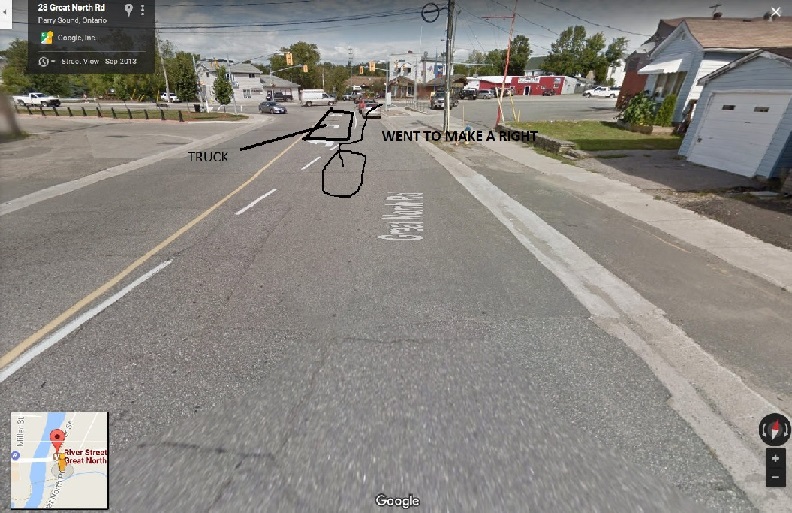 
I read through the statement I made to the police officer. I told him that I pulled briefly behind the truck (2 seconds). Didn't see a signal so I figured it was going straight. I signaled and pulled to the right of the truck. (The truck was in the left lane)


The light turned green and the truck started turning right. When I realised what was about to happen I pulled to the right side a far as I could but it was enough.


(Sorry, I tried to upload the statement I made but was restricted by file size upload capacity. I asked the Prosecutor for a typed copy of the barely legible police officers notes.)

Based on what you've said above, I would agree that you should fight it. When a large vehicle needs to move out of the prescribed lanes to make a turn, the onus is on that driver to ensure his turn can be completed in safety. It would seem that he did his "due diligence" by looking (but you weren't there at the time). There is some confusion if he was signalling or not, and so frankly I'm surprised that anyone was charged at all.


So, to me, something isn't making sense here. As Bend has been known to say, people tend to talk themselves into tickets, not out of them.


Can you play devil's advocate and extract anything from the officer's notes that would justify charging you with an improper turn, i.e. in what manner was the turn improper? (Also, what is the exact charge laid, with section number etc.?) To get the best assistance from the experts here, you need to be 100% transparent. Remember, we're not judging.


That information should give us a clue what you would need to challenge in court.

I have read through and typed out to the best of my ability the witness statement taken from myself and the the truck driver. The Offence that the Officer charged with was Improper Right Turn contrary to section 141 (2).


After reviewing that particular subsection maybe they are assuming that I was not fully to the right of the lane? In one of my statements I replied saying that " I pulled over to the right "

As far as I recall the event, I tried to pull more to the right but didn't have any more space to move.


The day after the collision I even emailed the charging Officer to try to get an explanation of what I had done but all he replied with was do to the evidence he laid a provincial offence.

So I was leaving Parry Sound Marina. I was down Great North Road. I came up to the intersection and there was the Mack truck sitting at the intersection at the red light. I was sitting for maybe 2 seconds and I didnâ€™t see a signal so I figured it was waiting to go straight so I went to make a right turn at the light. Before I made it to the stop line the light turned green and the truck started to move. When I realized what was about to happen I pulled over to the right and honked my horn. Then the truck struck my door and mirror, kept turning and struck my bumper and pulled the bumper from the car and then the truck completed the turn and pulled over. I then pulled in behind him too.

Q: Where were you when you stopped behind the tractor trailer?

A: It looked like it was in the left lane and I was in the right lane.

Q: Where was the trailer?

A: I would say in the left lane.

Q: Where were you when the light turned green?

A: I was about midway on the truck and about a cars length from the stop line.

Q: Where were you when the truck hit you?

A: I was probably just before the white line where the intersection was.

Q: Anything else to say?

Taking a right onto Bowes Street from Great North Road. The tractor trailer needs more space so with the right turn signal on I assumed position of the left lane which is normal practise. Anyways as I proceeded to turn right the car came up on my right passenger side and I ended up clipping the front end of the car. Then I proceeded onto Bowes Street and stopped once I was safely into the slow lane. I parked my truck ways down and got out.

Q: When did you realise the other vehicle?

A: When the horn sounded I was already Â¾ of the way through the intersection.

Q: How much of the trailer blocked the other lane?

A: At least half of the lane was blocked.

Q: Did you check your mirror before turning?

Q: Did you speak with the other driver?

A: Yes. He said he saw me and stopped behind me.

Q: Where was the car when you heard the honk?

A: On my second axle on the trailer.

Q: Anything else to add?

A: No, not that I can think of anyways.

Here is how I will potentially share defence of my actions (Please let me know how this sounds to you) :


Nowhere in my statement did I say that I signaled to move around the trailer. This should show my belief that I was in the RHL and that the truck was in the LHL.


The only clarification that I can see that I should add during my defence is that my intent to turn right was shown by being being to the immediate left of the curb ( would have been required for me to manouver around the trailer) and I will testify that I signaled when I was in the right lane. ( which I would have when making a right turn).

Oh, also could I ask the police officer if he checked whether the signal lights of the truck were functional, after the collision occurred and if he made note of it?


Or is that considered irrelevant?